This appeared on Egotripland yesterday as part of their new partnership with UpNorthTrips. Check it out, it came out pretty dope…

March is National Women’s History Month, so to end it off, we thought we’d sneak in a fresh new edition of The 10s, dedicated to the flyest females ever immortalized on wax. Proppers to our big homies at ego trip for their brolic list of “69 Songs Dedicated To That Special Lady” (which you can find in their Book of Rap Lists), but we thought we’d narrow it down and update their list a bit for UpNorthTripspurposes. We included a handful of our favorites from their list, mixed with some post-’98 joints, all named after the the honeys they pay tribute to. From the girl who claims she’s a virgin, to the chick with the “ass so fat you can see it from the front,” we celebrate the baddest of the bad in this episode of The 10s.

1. Slick Rick — “Mona Lisa”
Album: The Great Adventures of Slick Rick
Year: 1988
Description: She tells Rick, “I got courage, and I don’t like porridge/ I’ve never been to college, but I’ve got crazy knowledge/ over eighteen and my eyes are green/ I wear more gold than that man on A-Team/ trim, slim, and also light skinned/ best believe Mona’s a virgin.” A virgin??!?!
Breakdown: The Rulers sees Mona Lisa in the pizza shop, and decides to push up. But his friend cock-blocks him, shoving him in a cab abruptly to go see some more “mature women,” leaving Mona Lisa singing that familiar Dionne Warwick melody, “If you see me walkin’ down the street, and I start to cry, walk on by…”

2. A Tribe Called Quest — “Bonita Applebum”
Album: People’s Instinctive Travels and the Paths of Rhythm
Year: 1990
Description: “Stunning newness” with “elaborate eyes” and the perfect figure, “38-24-37.”
Breakdown: Tip is glad to meet Bonita Applebum, who is certainly appealing to him on another level. He questions his feelings, saying, “Do I love you? Do I lust for you? Am I a sinner because I do the two?” Either or, or both, Tip wants to get put on. And he’s got “crazy prophylactics” if it comes to that. Let’s hope she likes rap songs, for his sake.

3. Eric B. and Rakim — “Mahogany”
Album: Let the Rhythm Hit ‘Em
Year: 1990
Description: “Almost looked Korean, but European.”
Breakdown: Rakim is cooling before a performance with Eric B. at the Palladium, when he sees Mahogany, and tells her, “I wanna get to know you better.” They dip off to take a walk before the 1 a.m. show time, and it’s clear that his ability to get inside her head has her wide open. Then, seeing the God rap on stage only magnifies her desires, and quickly they murk off together after his set, back to his condo. Now tell us he ain’t finesse Mahogany.

4. EPMD — “Jane”
Album: Strictly Business
Year: 1988
Description: “She’s fly, haircut like Anita Baker.”
Breakdown: During the first episode of the “Jane” series, Erick and Parrish introduce us to Jane. As fly as they think she is, this is actually a bit of a diss record towards her. Parrish even refers to her as a “skeezer” in the intro banter. But it seems that she’s the one doing the dissing, as she claims in her bedside note the morning after a night of gettin’ buckwild, “You have to be better, bigger, stronger, and much faster.” But this is just the beginning. The saga continues.

5. Ghostface Killah — “Beauty Jackson”
Album: Fish Scale
Year: 2006
Description: “Her voice was a slow jam, full length white mink/ hella fine with a beauty mark on her right cheek.”
Breakdown: So, she’s standing at the bus stop, no lollipop. Ghostface introduces himself, “Sweetie call me Tony Starks, Ghost if ya like ta,” and he lights her bogie as he admires her attributes. It’s not long before the bus comes, and he has to rush to pass off his math to Ms. Jackson, and as he does he accidentally “dropped the chrome.” Not a good look, Starks. Then again, maybe she respects heat holders.

6. Mos Def — “Ms. Fat Booty”
Album: Black on Both Sides
Year: 1999
Description: “The type of girl giving out fake cell phone and name” with her “neck and wrist laced up, very little makeup” and an “ass so fat that you could see it from the front.” Mos reveals, “She was like Jayne Kennedy, word bond, to my mother man, she was that ill.”
Breakdown: Mos meets Charise, but at first she plays him when he asks her to dance. Soon after, he sees her again, and is properly introduced to her by his boy. Turns out she was playing hard to get, but was actually feeling him, and ends up asking him to dance. Say word. After “weeks of dating and late night conversation,” he finally “smashed it like an Idaho potato.” But months into their love affair, she suddenly disappears. It isn’t long before Mos discovers Sharice is actually a bi-sexual stripper. What?!?!?

7. The Lost Boyz — “Renee”
Album: Legal Drug Money
Year: 1995
Description: “Her gear was mad phat” and “she wants to be a lawyer, in other words shorty studies Law.”
Breakdown: Mr. Cheeks, intrigued by Renee’s dope wears, approaches her on the street as she’s heading towards the train. He cops them a couple hot dogs, and as she reaches into her bag for a subway token, she drops a pack of rolling papers. Wait, Renee smokes trees?!?! Keeper! They proceed to go back to her crib to twist up and get it in. Then tragically, weeks later, after Cheeks basically wifes her up, Renee is shot and killed. Damn, son. RIP.

8. Poor Righteous Teachers — “Shakiyla [JRH]”
Album: Pure Poverty
Year: 1991
Description: Shakiyla is “no hooker, no slut, no bitch, and she listens.” She’s “civilized, and despises the drugs you sell.” Simply put, she’s a “wise, black queen.”
Breakdown: No need to flaunt your wealth around Shakiyla, and try to bag her by sending her gifts. She’s not into that type of shit. Wake up. The Earth don’t give a fuck about materialism. She respects wisdom.

9. O.C. — “Stronjay”
Album: Jewelz
Year: 1997
Description: “Five foot six, body thick, hair silky/ she could make the hardest man melt and turn milky.” Also, “bugged out shit, one eye was hazel, one was blue.” In other words, “The bizomb.”
Breakdown: O.C. sees Stronjay shopping in the city, and says to himself, “This sugar be a dime.” He invites her to have a drink, and they end up in a Sushi bar, politicking over Saki. His G must’ve been correct, because she invites him back to her penthouse suite on Park Avenue, and she’s whippin’ the 500 Benz and all that. She wastes no time, slipping off her draws in the elevator, assisting O.C. in taking off his clothes upon entering her crib, and eventually engaging in a full-on skinz session equipped with Moet, strawberries, and whip cream. Hey love.

10. Aceyalone — “Makeba”
Album: All Balls Don’t Bounce
Year: 1995
Description: “Not a young girl anymore.”
Breakdown: Aceyalone runs into his old girl Makeba after a few years, and they catch up on what’s been going on in their time apart. It seems Makeba’s been traveling, and searching, and most likely leaving every man that she’s met along the way in a tizzy. And Aceyalone’s moved on to new women, and been doing his thing with the raps. They reminisce on their days of love making and smoking cheeba together, and recall how loyal they were to each other and how they wanted to get married and have mad kids. But it seems she’s all grown up now, and has changed quite a bit during their separation. Still, there seems to be a chance that the two will re-unite, and hopefully, if it happens, she won’t leave Acey lonely again. 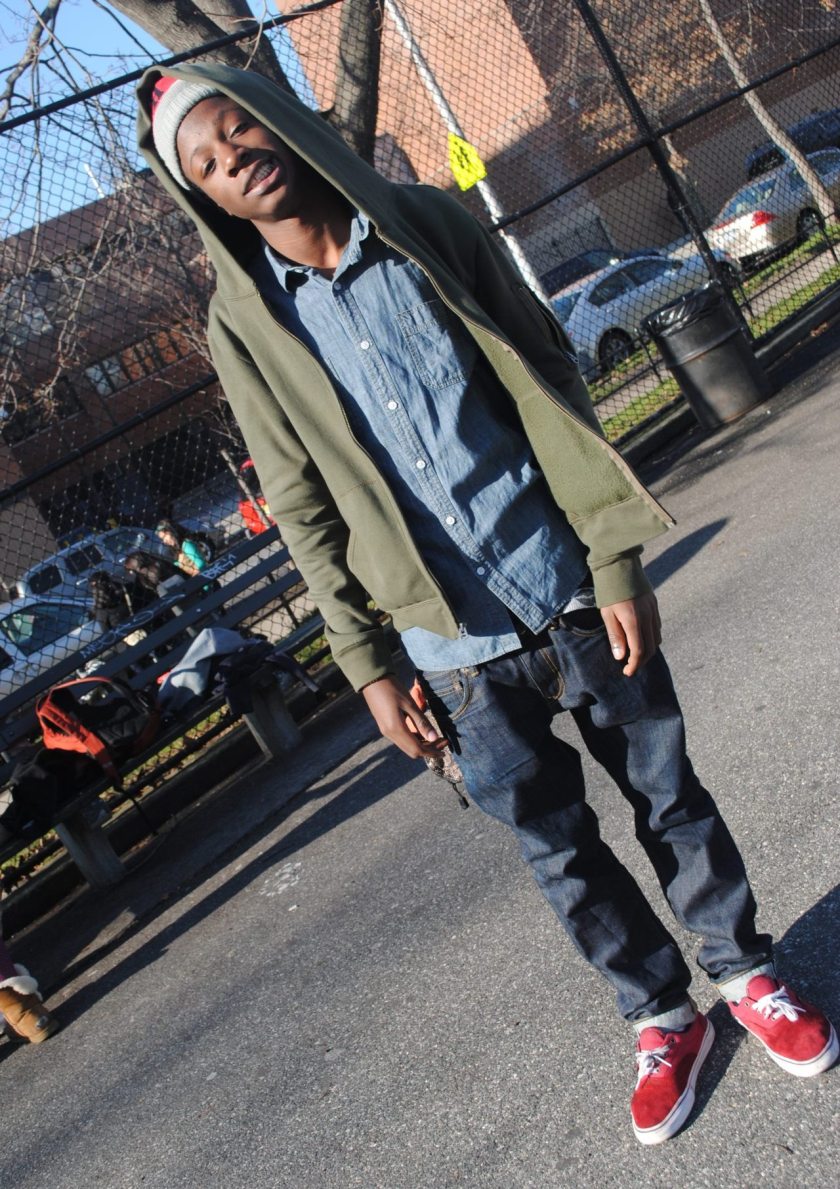 The next generation of really, really dope rappers is starting to emerge. Thank god. I was getting worried, but it makes sense that these guys who were born during the 90’s when shit was so pure and rugged are coming around full circle to make the same type of shit. Their parents probably played Wu-Tang and Nas and shit like that when they were in the crib (literally) and it soaked in to their brains or something. As a parent, I know I try to put my kids on to the ill shit, even though they’re both under two. Fuck it. My older son Luca feels beats. He bops his head hard and all that. It’s hysterical.

The first guy who really caught me by surprise is Wiki, who’s from Uptown and spits like a young Eminem but with an NYC flair. His video for “Wikispeaks” is excellent, and it’s apparent with this one song that he’s one of the most talented young rappers out right now. It’s actually mind-boggling how nice he is. And he’s definitely on some throwback shit. He looks like a kid from the movie Kids, seems to have a preference for beers and blunts, and “Wikispeaks” sounds like something from an old Stretch and Bobbito radio show. Watch the video above, and then check out his EP 1993.

Somehow, as I explored Wiki’s Twitter page and other posts on the net about him, I came across another young rapper from NYC, Brooklyn to be exact, named Joey Bada$$ (picture above). Yo. This dude is sick. He reminds me of my boy Nef from the BX that I went to Maryland with, who I always tell people is the nicest rapper I ever exchanged bars with. Anyway, Joey Bada$$ is down with Smoker’s Club (Smoke DZA, Johnny Shipes is his manager, etc) and is only a Junior in High School, but is super duper dope, with smart, clever lyrics, tons of flow, and a great rap voice. His song “Waves” is my favorite shit out right now hands down. Listen above, and then watch his video for “Survival Tactics” with his boy Capital STEEZ below…

Kid is nice, right? Finally, Cali collective Odd Future, who I admit I was never the hugest fan of, is back at it, especially with the return of Earl Sweatshirt, their most talented and lyrical rapper who had been missing in action for the past year. Check the video for their posse cut “Oldie” led by Tyler, The Creator and featuring their whole crew (off their new album coming soon), including a top notch verse from Earl towards the end. These kids are off the chain (they basically just fuck around at a photo shoot in the video), and the beat is straight boom bap…

Finally, I never really posted A$AP Rocky’s shit, but him and his A$AP crew from Harlem are making a lot of noise, and it would be irresponsible of me not to include them in this post. He covered the last issue of Complex, and has lots of new material starting to surface. My favorite shit of his is easily “Peso” which you’re probably up on by now since they play it on Hot 97 and the video’s been on every blog in the world. He’s not the most amazing rapper, and is more on some next shit than some throwback shit, but for good measure, I’m including him here, because this song/video is hot and he’s for sure one of the leaders of the 2012 new school…

Yes, the next generation of spitters is here, and they’re ready to make their mark. We’ll have to see how far they can take it. Regardless, it’s nice to see that the hip-hop community is embracing that realness again. Enough with the party and bullshit, right? Cheah.

Watch this mini-doc Vice Magazine did with Joey Bada$$, where they visit him at school and kick it with his crew too. Dope…

ALSO, MUST READ: Who is Wiki? | Complex